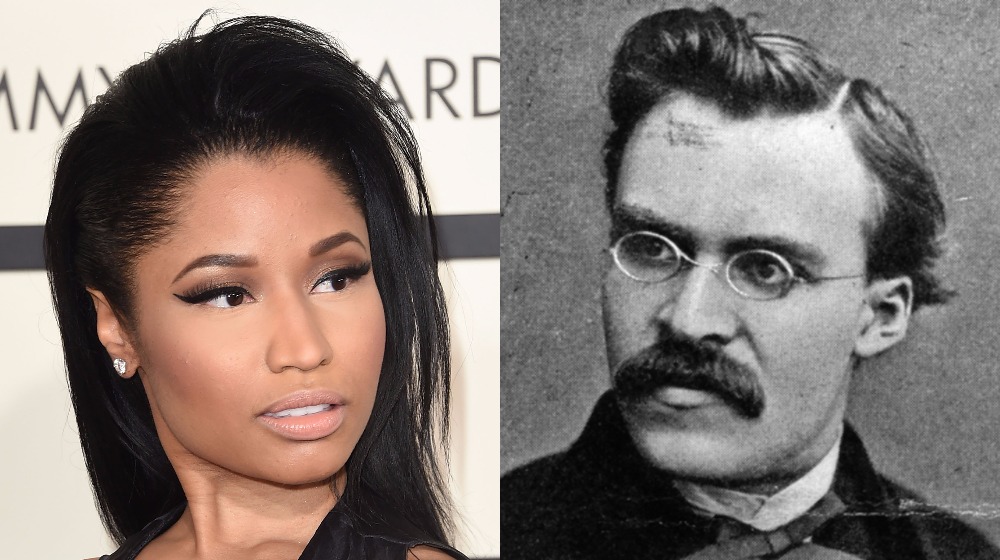 Image above courtesy of Robot Butt.

“Without music, life would be a mistake” – Friedrich Nietzsche

Well, it looks like Mr. Nietzsche would have backpedaled on this statement after hearing Nicki Minaj’s latest diss track. That’s right, it was recently discovered that Nicki Minaj finally addressed her beef with the late 1800’s German philosopher in her hit track “Save Me.”

Although the parallels might seem a bit confusing, I’m one of the few openly nihilist pop culture contributors who is willing to walk you through this war of intellect, analysis, and alleged butt implants. Here’s a look at how she put this centuries-old hater in his place.

Friedrich – He who fights with monsters might take care lest he thereby become a monster. And if you gaze for long into an abyss, the abyss gazes also into you.

Now, we all know these things:

Friedrich – To live is to suffer, to survive is to find some meaning to the suffering.

Minaj – You gave me strength gave me hope for a lifetime, I was never satisfied.

We all know that Nietzsche’s “will to power” was a basic element to his philosophical outlook and Minaj may have been a fan, but this little affirmation wasn’t enough to solve her problems. Maybe if Nietzsche knew how to spit fire with Lil’ Wayne, he would’ve stood a chance against a beast like Minaj. Score: Nicki 2, Friedrich nothing.

Minaj – But I’m alone on my throne, all these riches. I came this way all this way just to say eh.

Yes, Friedrich had a pessimistic view on both culture and modern society. So when it came to popular culture, he stood against it. He believed that mass culture led to mediocrity and conformity, which then led to a lack of progress intellectually (resulting in the decline of the human race).

He may have had a point, but did Friedrich ever sign with an agency like Wilhelmina Models? Did he ever put out a fragrance? Has Friedrich debuted at number one on ANY music charts? Did he ever voice a character in a motion picture?

Sorry Nietzsche, maybe one of your philosophies will be applied to a contestant on The Voice one of these days…that is if Nicki Minaj isn’t judging the same season. 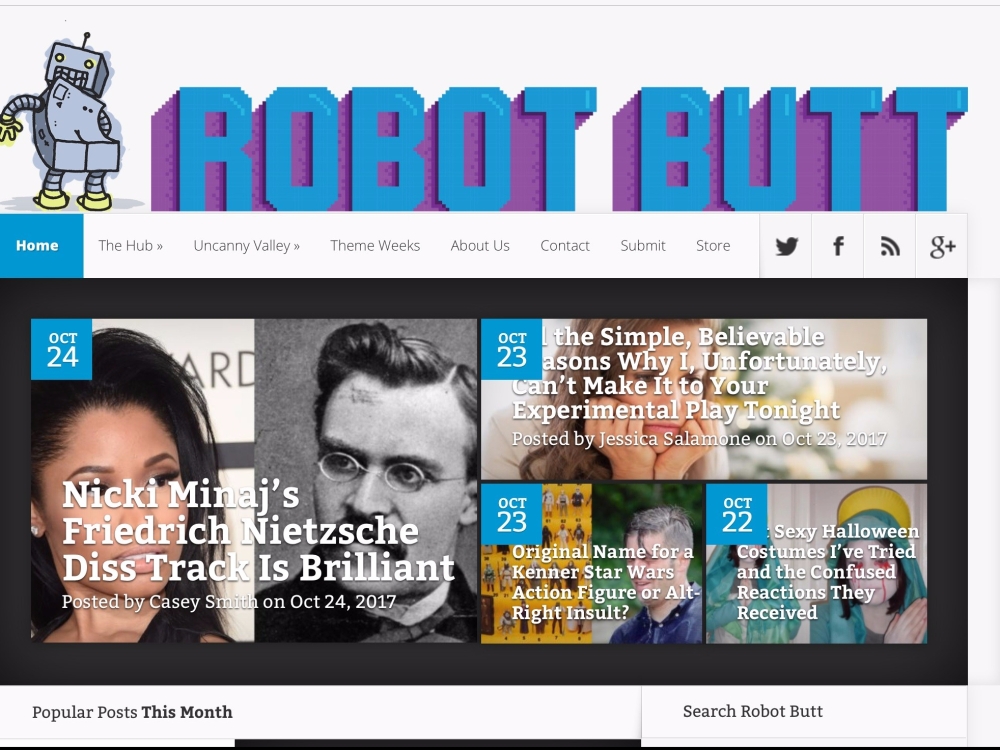